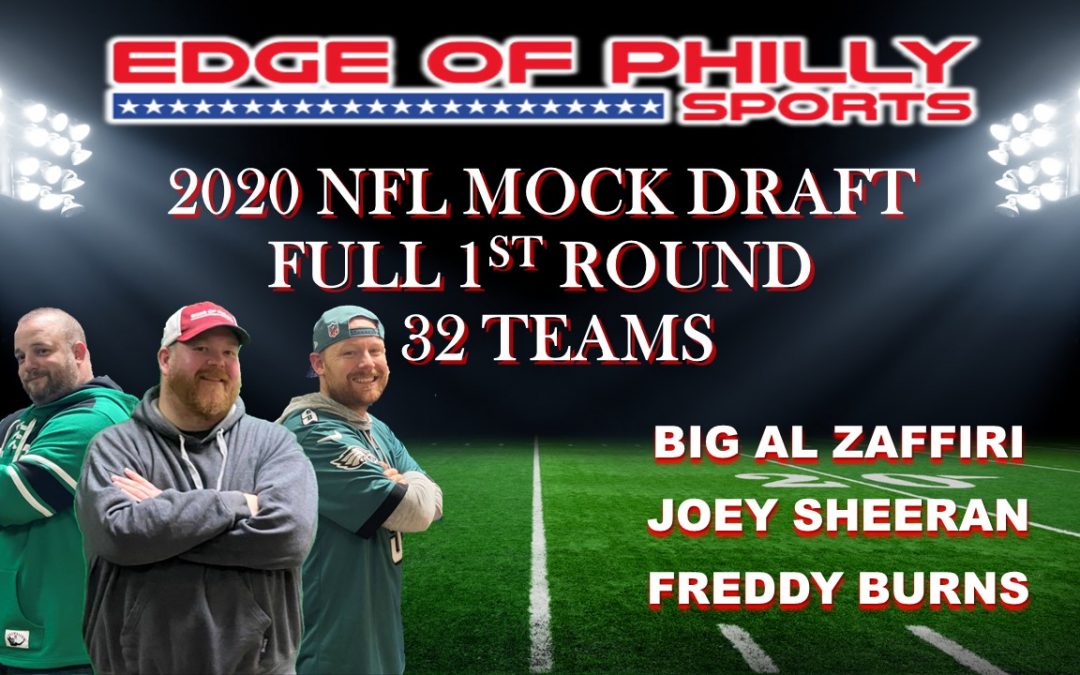 Happy NFL Draft Day Everyone! Tonight is going to be a very exciting night with the potential for a lot of craziest to take place. How many Wide Receivers are going to go in the 1st Round? Will there be a surprise Quarterback run? And what about the TRADES?!? Well, that might be a little too far as Big Al, Joe, and I kept our mock drafts very simple leaving the trade predictions out. We wouldn’t want to confuse you….or mainly OURSELVES ha-ha?

With the 21st pick in the 2020 NFL Draft, the Philadelphia Eagles select…..

I went outside the box with my choice.  With the scenario of “No trades” the odds of the top 3 receivers being available are not likely.  It is more wishful thinking Howie maybe go for a shocker and go for the best player available.  Patrick Queen is just an amazing linebacker which this organization has been missing since Trotter.  I know it is hard to realize them going defense in the 1st round but Howie can work his magic and still possibly grab an elite receiver in the 2nd round.  Queen plays fast, physical and intelligent football. Watching video on him, it is incredible to see a player so young can be as tough but stay in control.   Watching him layout runners in an open-field is a treat.  His inexperience is his only drawback, but that can be polished quickly in time. He has the ability to play 3-downs, cover, and tackle anyone who opposes him.  His ceiling is extraordinarily high.  I know this happening is a slim chance but I always like wildcards.

With Kenneth Murray being 1(a) and Patrick Queen1(b) at Linebacker. Murray is already drafted by the time the Draft hits #21. As much as I would love the Eagles to finally prioritize the Linebacker position. I just don’t see it here. With having Will Parks and Jalen Mills currently under only one-year deals. I find it hard for the Eagles to pass on the BPA at a position they need a long-term solution for. LSU’s Safety – Grant Delpit is the pick for me.

The number one issue for the Eagles last year was speed and playmakers at the wide receiver position. Mims has gone from a 3rd round, maybe 4th round, pick to what is now looking like a late first-round pick. After a great combine, the secret is out on Mims who definitely has the size and speed but also has shown the ability to beat man press coverage. He can also track the deep ball with that natural ability to go get it. The knock-on him is his route tree…I heard that about a guy named D.K. Metcalf too.

Well, that was pretty fun! Who knows what is actually going to happen tonight but bound to be a very exciting evening. Be sure to tune in to Edge of Philly Sports for tonight’s live draft show! Please comment and tell us where were went right or wrong on social media as we will have live reactions to the picks and your feedback. We have a ton of Draft Coverage coming your way ALL DRAFT WEEKEND!