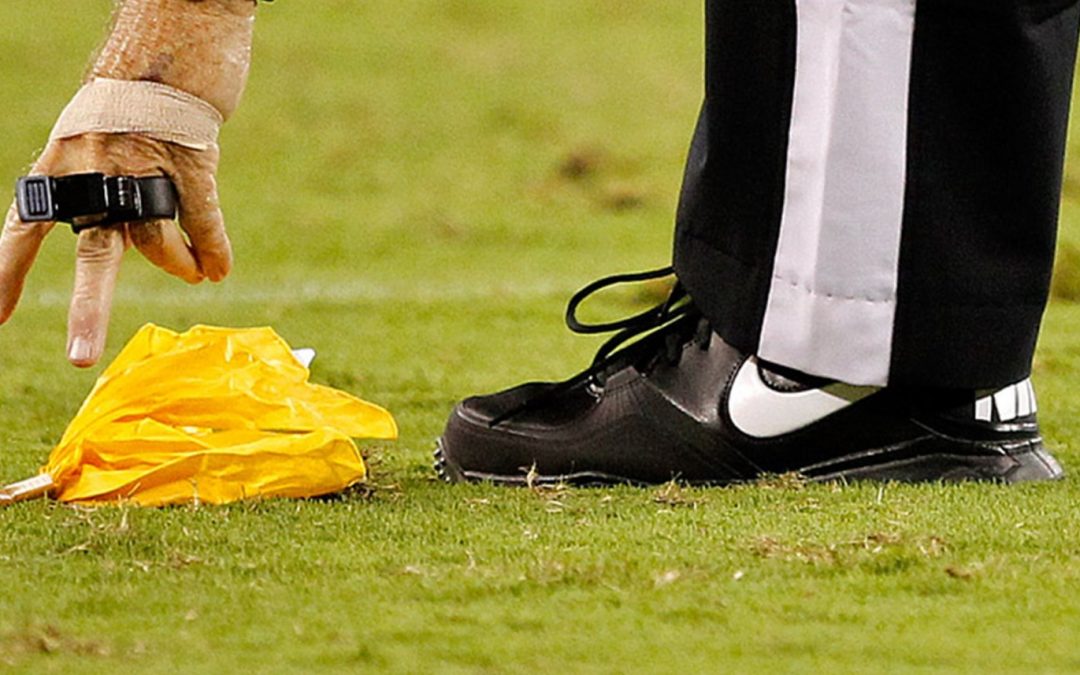 Another week, another week of questionable calls in the NFL.

Let me start this by making a clarification. Sports fans can be a fickle lot.

In a lot of cases, almost Bi-Polar. Win on opening day and Playoff and Championship plans are bandied about.

Most oftentimes, the favorite team never actually loses any game. It’s always “the refs screwed us.”

This phenomenon is not a new issue. Bad calls, unfortunately, are part of sports.

However, some more egregious calls seemingly happen more in the NFL. From phantom pass interference to a linesman clearly added a few inches for what suddenly changes a fourth and inches to a first and one.

We, the fans have been told, time and again, “We want to eliminate head hits in the game.”

An absurd missing a delay of game call in one playoff game and an astonishing blocking penalty in another are bad enough.

A hit on a quarterback that is not called is another level of insolence.

Going the wording of the rule. An argument can be made that it was, in fact, a non-penalty.

No penalty for the hit… what about player history? On both sides of the play… Clowney is a borderline cheap shot artist. Why not use another of the NFL’s “well defined” rules?

Unnecessary roughness? The player is going down… put a hand him to affirm the situation.

One other thing to factor in.. each of the seven officials are equipped with two flags.

So, if the name “WENTZ” was replaced with.hmmm say….”BRADY”
We would have seen 14 flags and seven hats littering the field.

Is it a coincidence that head hits to any player, not just the quarterback were far less common when guys like Conrad Dobler, Dick Butkus, Ray Nitschke, et al were playing?

Tough hard-nosed big-time ruffians to be sure. But, with the exception of Dobler, guys who played hard, but clean.

Perhaps we need to see quid pro quo in the NFL. This for that… cheapshot my guy, bet your ass, I am taking one of your guys out.

One on One with Bill Malizia

One on One with Todd Francis